Concept: A bridge connects one place to another; it is “a time, place, or means of connection or transition” (Merriam-Webster). With that in mind, our proposal transforms the Northern Avenue Bridge into a ship that docks at diverse Boston harbor shores, becoming an iconic landmark on each waterfront, island, or wharf at which it moors. When it does, it activates local cultural and educational events and recreational activities at its port of call. Throughout the year it changes shores, thereby connecting disparate communities and places in a “hands across the sea” gesture, unifying people from all around Boston and surrounding communities.

A Typological Transformation: The Northern Avenue Bridge will remain a bridge to Seaport, but it can readily be sent afloat. It sits on six perpendicular pontoons with small motors coordinated to power and navigates its motion. A structural web of steel supports elevates it, creating a habitable space between the bridge’s underside and pontoons.

An Energy Generator: Two of the bridge’s three bays will have glass roof canopies with embedded photovoltaic cells (BIPV), and tidal turbines will be placed in the channels between the pontoons. The renewable energy created would be stored in large battery arrays in waterproofed bays. Thus, depending on the bridge’s energy demands, the bridge could sustain its energy needs.

A Living History: The Northern Avenue Bridge will retain its historical significance while adding a new chapter to its rich history. It will become part of both new and traditional civic rituals that take the form of a new signature element in the city’s iconography.

A Multi-Use Program Platform: The three bays can be programmed for concerts, fairs, festivals, parties, weddings, and other community events. They can also be platforms for educational and research programs on marine science, climate change, etc., for students. Support vehicles (food carts, informative trailers, restrooms, etc.) can be wheeled onto the bridge as events demand.A Dock: The bridge can also become a mid-harbor floating dock, as its pontoons will allow boats from around New England to dock and let visitors disembark onto the bridge. 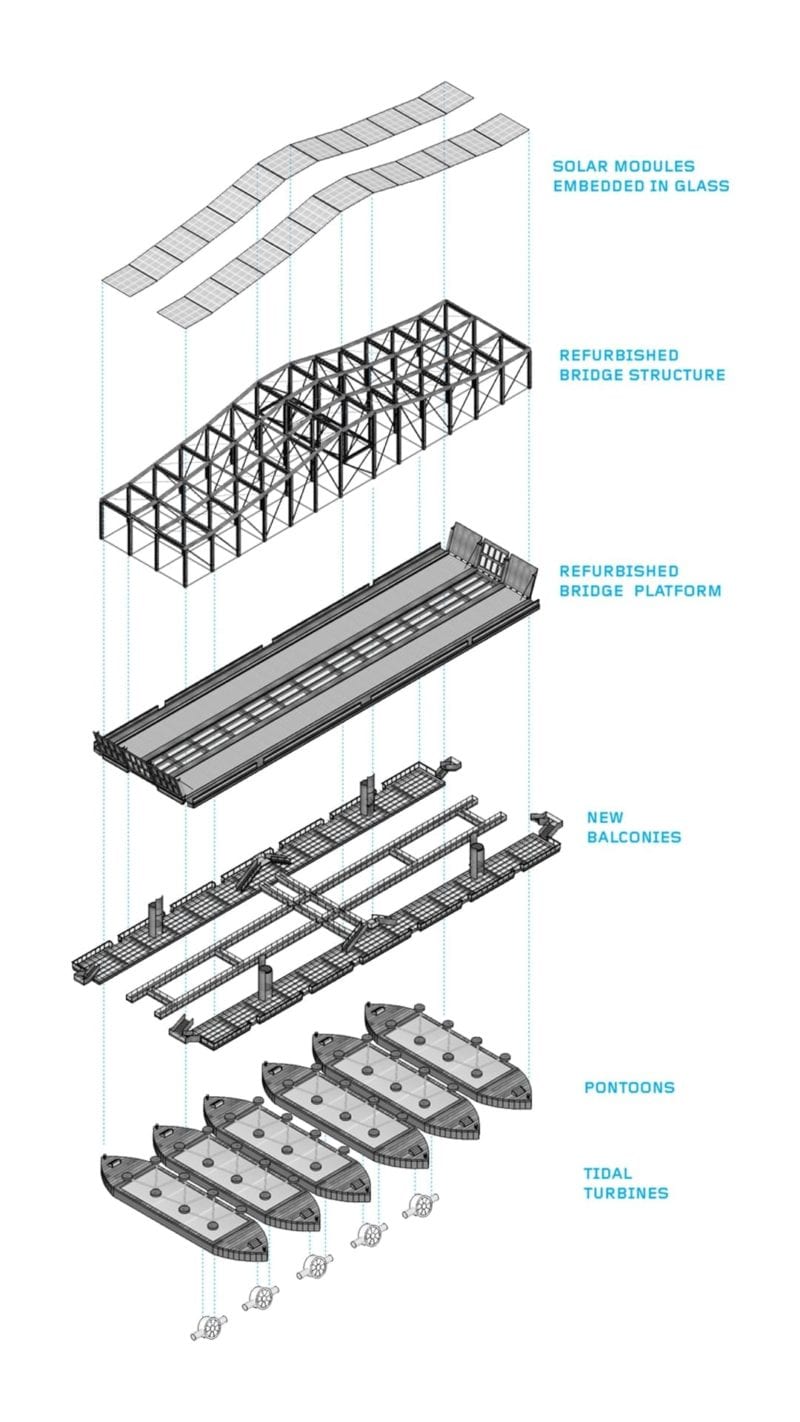